In Paleo Family, we tried to stay away from parenting advice or behavioral advice. It is a book primarily about physical health. But, while behavioral health issues are much more difficult to tackle, they are perhaps even more important.

From our experience raising three very different children, it’s clear that people are born with temperaments and personalities ingrained in their very being. But behavior can be modeled and formed either positively or negatively. In other words, children tend a certain way, but parents can make them better or worse. 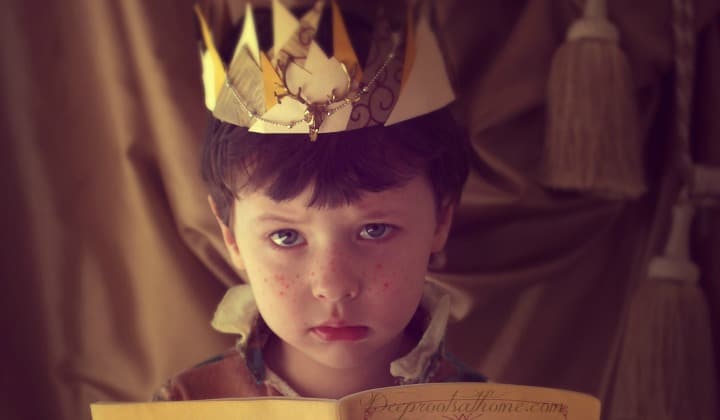 Here four ways you could be making your life as a parent more difficult (and how to avoid that if you prefer!):

1. Give her everything she wants

If your response as a parent to one of these statements is a reflexive scramble to get the crackers, the toy, the milk, or to do the task for the child, you are quite possibly creating a spoiled brat. First of all, children at all ages are more capable than adults today realize and they can do much of what they demand on their own. They know this, but if they can get their parent-servant to do something for them, they will.

Make them work for their desired object or goal. At the very least, they should say “please”—and not in a patronizing manner.

And when they make silly frivolous demands like “I want the green bowl!” Reject it. If you acquiesce to inconsequential demands you are creating a picky, annoying monster. “You’re getting the orange bowl because the oatmeal is just as healthy and delicious no matter what color the bowl is.”

There may be whining, screaming, and even gnashing of teeth when the little child doesn’t get exactly what she wants, but the more that behavior results in actually getting what she wants, then the more she’s going to do it.

2. Let the Internet raise him

One surefire way to create a difficult child is to let the Internet raise him. Children just were not designed to use electronic devices for a substantial amount of time throughout the day and it shows in bad behavior and psychiatric conditions. Sure, you have parental controls, but studies are showing that children who use electronic devices are more likely to be diagnosed with depression and ADHD.

The field is still young but what we’re seeing is that device usage reduces vital physical activity, critical social skills, and healthy time in the green outdoors. The result is an overweight, socially awkward, and depressed or hyperactive child.

Take away the tablet and get them outside to play in dirt!

One of the things that Jonathan Haidt and Greg Lukianoff discuss in “The Coddling of the American Mind” is that in order to prepare children for premiere college acceptance, they are pushed through a highly-organized and busy childhood full of constant activities. Their suggestion is that parents allow for more free play:

It may be difficult to do as a parent, but just setting up a safe environment and letting kids make their own fun is the best way for them to learn and become robust individuals.

It’s also helpful to let kids work out power struggles and fights on their own too. Learning how to deal with injustice and aggression is a vital life skill that many high school graduates lack.

More than ever, kids are treated like royalty and parents are the servants. Kids go first. They demand stuff. They interrupt adult conversations. Today, kids are pint-sized tyrants, and like any other absolute rulers, they have no respect for their servants.

I was at a restaurant a few years back and a mom kept asking an aloof child what he wanted to order. The kid was doing something else and the mom persisted as they were holding up the line to order. Whether the child was old enough to make a decision or not, it was ridiculous to hold up the line demanding an answer from an aloof kid. He’s going to complain about the food anyway, just get him some nutrition food and tell him that’s what’s for dinner.

I’ve been guilty of deferring to kids in the past too. I used to let kids go before me through doors. Not any more. Children need to learn to respect adults and that starts with deferring to them and waiting their turn.

When adults are talking, our kids must say, “Excuse me,” before we acknowledge them to speak. They’re not going to get very far interrupting people with their little toddler demands in the real world; why should they get anywhere with their parents?

Parenting is not easy, but you can make it easier on yourself in the long run by making your kids work for what they get, restricting electronic device time, letting them play freely, and not treating them like royalty.