I noticed some red, inflamed skin under my eye some years back and I tried to get rid of it. I thought it may have been dry skin, but moisturizer didn’t help. I had had history of basal cell carcinoma and so I thought it might be that. I started applying the baking soda/coconut oil treatment used on other lesions and it worked. The initial reaction was a burning sensation and there was bruising down my face. Baking soda works to kill cancer.

However, whenever I stopped applying the treatment, it would come back a few weeks later. I reapplied the treatment and it disappeared only to come back again when I stopped treatment. The cancer was clearly deeper than a superficial lesion and the topical baking soda treatment was not killing it completely.

I went to get it taken out by a dermatologist and the biopsy revealed that it was indeed basal cell. I scheduled a full removal using Mohs surgery.

After the biopsy, I continued my baking soda treatment, but made two dietary changes that may have impacted the cancer. I fasted for 36 hours once a week for six weeks, after which I ate a zero-sugar ketogenic diet.

Numerous animal studies over the past several decades have shown that cancer cells require greater glucose consumption than healthy cells as a result of their defective mitochondrial processes. So cancer cells can only grow in a glucose-rich environment. Studies have shown that when someone achieves a state of ketosis by consuming a fat-rich, low-carbohydrate diet, cancer growth is halted. When someone’s in a state of ketosis, ketone bodies are used for energy instead of sugar and cancer cells are starved to death.

It appears that this diet starved cancer from the inside while the topical alkaline treatment killed it on the surface. The result is that it went away and stayed away. It’s also possible that the biopsy simply got rid of the entire lesion though the biopsy wasn’t even where I had noticed the lesion. 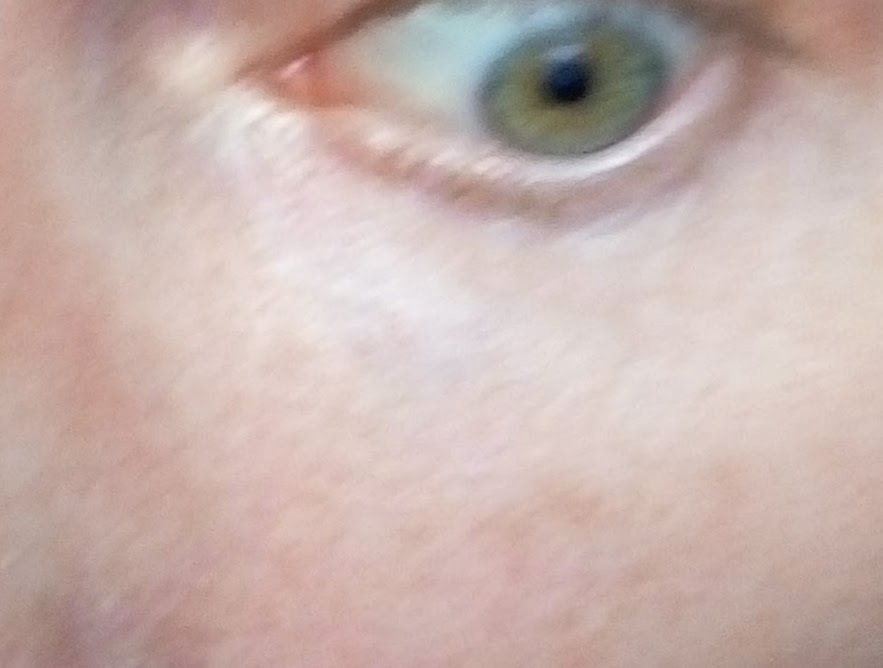 No lesion before Mohs.

I told my dermatologist that I thought the cancer was gone but of course she “wanted to make sure” so she dug a hole in my face right under my eye. The report was that “they got it all” but no clarification if there was any of it to begin with. In hindsight it was a frivolous surgery and one I would not repeat.

Cancer is scary, but the more we understand, the less scary it becomes. We know that we can create an environment that is inhospitable to cancer.