The vaccine issue is getting more intense with censorship and impending mandates in the works. It’s rare to see a humble and well-reasoned argument in the discussion and that’s exactly what Joni Beth Waldroup shared in a social media post that has gone viral:

I see your cartoons and your posts about people who are questioning vaccines. I was you, just a little over 3 years ago. I saw it as a black and white issue with no room for debate. I thought ugly thoughts and said my opinion plainly. I thought I had read the science, which of course was me reading abstracts of a handful of industry-funded, cherry-picked studies that did not contain true inert placebos. I read the CNN articles. I looked at the CDC website. I knew what the WHO was. There was absolutely no possible way in my mind that getting vaccines involved risks that really needed to be considered. 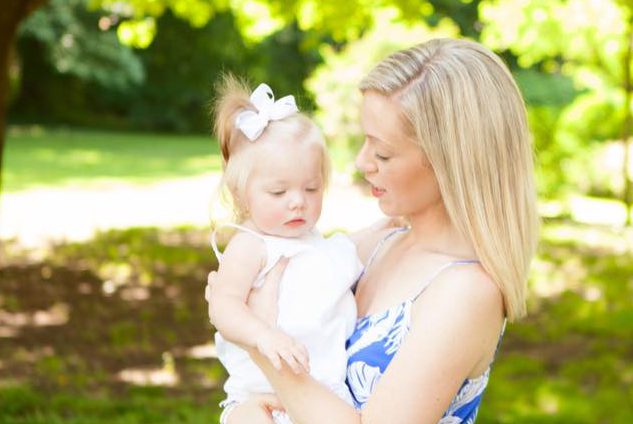 Then my beautiful daughter, Rosie, regressed into autism slowly, incrementally, and profoundly. I denied that vaccines played a role. I just couldn’t believe it. I didn’t want to believe it. After a significant decline following a flu shot, I asked the nurse, awkwardly… “Rosie really tanked after her flu shot. I don’t want to be one of those people, but could there be something to that?” The nurse took a deep breath, and very diplomatically said, “Vaccines create an immune response in the body and if her immune system was poor or struggling, it could affect her negatively.”

Say what?! Enter doubt. Rosie’s immune system was terrible. She had loads of ear infections and antibiotics and even contracted the rare Epiglottitis 2 months previously, (which was supposed to be covered by her HIB vaccine—fail.)

Rosie was due for a booster shot at that appointment and even my super mainstream doctor agreed we should pause her vaccinations. I decided to go home and do my research and make sure I felt confident continuing on the recommended schedule.

I then began to slowly eat humble pie. If you would like to grab of a cup of coffee with me one day, I would spell out what my journey of discovery has been like—how it was retrospectively quite obvious that Rosie was negatively impacted after at least 2 and maybe 3 sets of her vaccinations. When your child is regressing, it’s difficult to know what you are looking at in the moment. Who would ever be expectantly watching for their child to lose skills?? You just one day realize that your child can’t do something anymore. I wasn’t looking for something to blame. The evidence was undeniable.

I would not tell you what to do, but I would share the broader scope of the suppressed science that is available regarding vaccines (and the lack thereof). I would inform you of the unbelievable level of corruption involved in our government agencies (Did you know that the CDC owns vaccine patents?). I would point to the latest research involving how exactly it’s been proven that there is a mechanism whereby vaccines create immune activation events (really their whole purpose) and that some cases (How many? We don’t know yet!) of autism can be triggered by immune activation events in the brain.

Did you know that families have been compensated in vaccine court for vaccine injuries that resulted in autism? Did you know that in 1986 vaccine manufacturers were falling apart due to lawsuits for injury and the government acted to take away your right to sue the pharmaceutical companies directly? You have to petition the government for compensation (funded by a tax you pay on every vaccine), in a process where Department of Justice attorneys rake families over the coals. Did you know that a lawsuit has been won against Health and Human Services, finding that the HHS failed to conduct ANY of the biannual vaccine safety reports required by this same act? Did you know that the vaccine schedule has exploded to 72 recommended doses by the age of 18? There’s no liability, so of course the schedule exploded. I had no idea.

To say the science is settled is ridiculous. Nothing is settled in science, especially when the number of doses of vaccines is continually increasing. Autism rates are now shown to be as high as 1 in 36. Don’t tell me vaccines can’t trigger autism or regression without telling me what does. Genetics can only account for a predisposition and a tiny subset of autism. Our family is currently part of a huge autism genetics study and they continue to come up empty. What a waste! Your autism, or your child’s autism may not have been caused or triggered by vaccines, but it’s unfair to whitewash countless people’s experiences of regression, side effects, and even death. It’s happening at frightening numbers, and you probably don’t know about it because mothers are scared to share these stories to a hateful public. And I will share with you that we don’t all blame one vaccine. How could we, when our children usually receive multiple vaccinations at once? I will remind you that only one vaccine has been studied in relation to autism: MMR. The “definitive” study on it was called out by a whistleblower for an illegal manipulation of data. Just today, an INDUSTRY-FUNDED study was released out of Denmark, which didn’t even have a true representation of the current autism rates in the study sample. It’s garbage, but you see the headline and you feel relieved, right?

I’ll also share with you that this long term study was released in a timely manner on the night before a senate hearing on vaccines with the potential to make philosophical/religious vaccine exemptions burdensome or taken away altogether.

Let me make this clear for you: The federal government is tossing around the idea of mandating medical procedures (vaccines) that are poorly studied and produced by manufacturers that have zero liability. Are you okay with the government mandating that I have Rosie continue to get vaccinations, given her history? Medical exemptions are not easy to come by if you are thinking she should be covered with that. Should she be sacrificed for what you may believe is the greater good? Should the government be allowed to make such mandates? Is this communist China?

You ask…what about herd immunity? In terms of the hot-button measles, the scientific community used to believe one shot provided lifelong immunity. Then they realized some people didn’t even develop antibodies, so a booster was added to “clean up” the ones that didn’t have a good uptake the first time. Now they know that immunity wanes over time. When was your last booster? If you didn’t have a natural case of the measles, it is very likely that you, yourself, are no longer immune and not contributing to the “herd”. Are your children’s teachers up to date? The custodians? The cafeteria workers? The visiting parents? Again, likely no. But you can’t transmit what you don’t have, so we’re doing okay. People seem to think the unvaccinated are in some way harboring communicable diseases all the time.

The pharma-bought media want you to believe that I get all my information from Google and social media. I have read more than my fair share of books, there are many Pubmed articles online, and Google Scholar is fairly adequate for me to have access to studies. Would you respect my opinion more if I trekked over to the medical library and read the same things there?

As for social media—thank God for a platform that allows families with stories like ours to find each other.

Coming back to your posts—your flippant posting of cartoons and bullying of people who question vaccines is hurtful to families of vaccine injured children. You are entitled to post or say what you want of course, but you need to know that thousands of families grieve what they saw happen to their babies. The pharma-bought media stabs us, and your posts feel like a twisting of the knife.

I’m not mad. How could you know about all of this as you’re given the mainstream mantra of “vaccines are safe and effective”?

We need to know the true benefit/risk ratio of all things we may choose to inject in our bodies so we can make conscientious decisions. We don’t have enough information. It’s a fair question to ask: Are we trading short term illnesses (in whatever severity that may be) for chronic long term neurological disorders (and possibly so many other ailments).

Please don’t ask me on Facebook to provide all the science it’s taken me literally 3 years to sift through. I will not enter a “here’s my study”, “I don’t like your study” war. If you are genuinely curious, and I hope you are, I recommend J.B. Handley’s book: “How to End the Autism Epidemic” as a starting point. I ask you to read beyond study abstracts and CNN headlines.

I don’t mean to be arrogant in my beliefs. I don’t have all the answers. I just know that the Lord wouldn’t let me rest in silence.