News Cancer Vaccine Is Not a Vaccine

Cancer Vaccine Is Not a Vaccine

A Facebook friend recently posted a video about an immunotherapy treatment on cancer in mice with the lovely caption “anti-vaxxers are pro-cancer”: 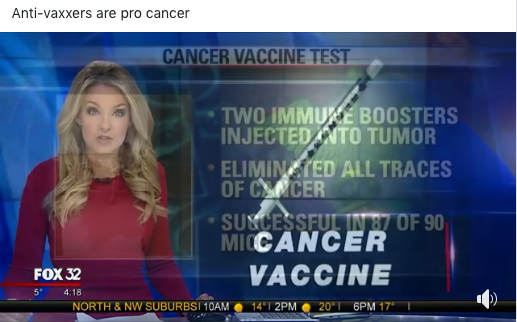 It’s an extremely promising treatment and one that could change the medical landscape, but the idea that it should be lumped into the vaccine category is problematic.

He didn’t seem too interested in having a rational conversation about this so I’ll be forced to detail the fallacious-ness, if not outright ridiculousness of the statement here.

The cancer immunotherapy is the latter:

Injecting minute amounts of two immune-stimulating agents directly into solid tumors in mice can eliminate all traces of cancer in the animals, including distant, untreated metastases, according to a study by researchers at the Stanford University School of Medicine.

There are two very different mindsets for these two different approaches. One is preventative and one is treatment. There’s a lot higher risk acceptance for a treatment of a present disease. 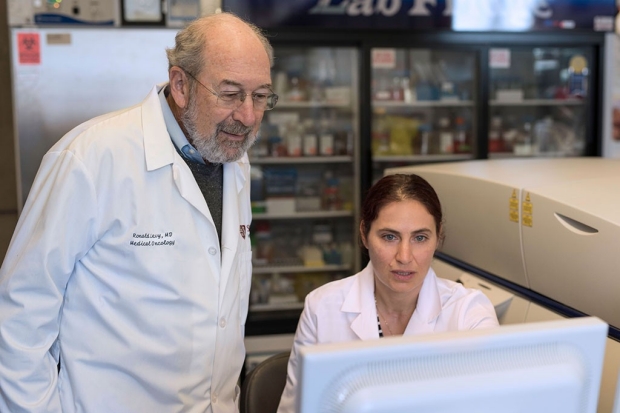 Additionally, the cancer treatment doesn’t introduce a new pathogen or adjuvant into a healthy person, it only activates the T cells within the tumor itself. Once the activated T cell identifies its target, it can then move throughout the body and destroy similar cancer cells.

Cancers often exist in a strange kind of limbo with regard to the immune system. Immune cells like T cells recognize the abnormal proteins often present on cancer cells and infiltrate to attack the tumor. However, as the tumor grows, it often devises ways to suppress the activity of the T cells.

Levy’s method works to reactivate the cancer-specific T cells by injecting microgram amounts of two agents directly into the tumor site. (A microgram is one-millionth of a gram). One, a short stretch of DNA called a CpG oligonucleotide, works with other nearby immune cells to amplify the expression of an activating receptor called OX40 on the surface of the T cells. The other, an antibody that binds to OX40, activates the T cells to lead the charge against the cancer cells. Because the two agents are injected directly into the tumor, only T cells that have infiltrated it are activated. In effect, these T cells are “prescreened” by the body to recognize only cancer-specific proteins.

2. All vaccines are different

Even if it were technically considered a vaccine, opposing, say, the MMR vaccine on medical grounds, wouldn’t necessitate opposition to the cancer treatment. Even preventative vaccines are all different and one of the biggest mistakes pro-vaxxers make is lumping all vaccines together. The first vaccine for smallpox was a miracle of medical science. We’re not even sure the HPV vaccine does what it’s supposed to do.

HPV is pertinent because it supposedly a cancer vaccine too because the purpose it to protect against cervical cancer. But it’s not clear that the HPV vaccine reduces mortality. In fact, we’ve seen dangerous adverse events and death related to the HPV vaccine. To put the HPV vaccine and this new cancer T cell immunotherapy in the same group would be laughable.