We ran a pretty tight ship when it came to sleep time for our little ones. Seven o’clock was the standard bedtime and that worked for each of our three kids. They would all wake up at different times according to their needs, but they all went down at the same time roughly and that worked for us parents, giving us more time to ourselves.

It worked, that is, until we put the two older boys in the same room to give the infant his own room. It was a disaster.

First, we had the 2-year-old in a crib and he quickly learned from his older brother that he could get out. So, we played that game for a while—putting him back in the crib about 20 times a night—before we gave up and converted the bed to a toddler bed. He still got out of bed but at least he wasn’t falling out of the crib and wailing from real and imagined suffering each time. 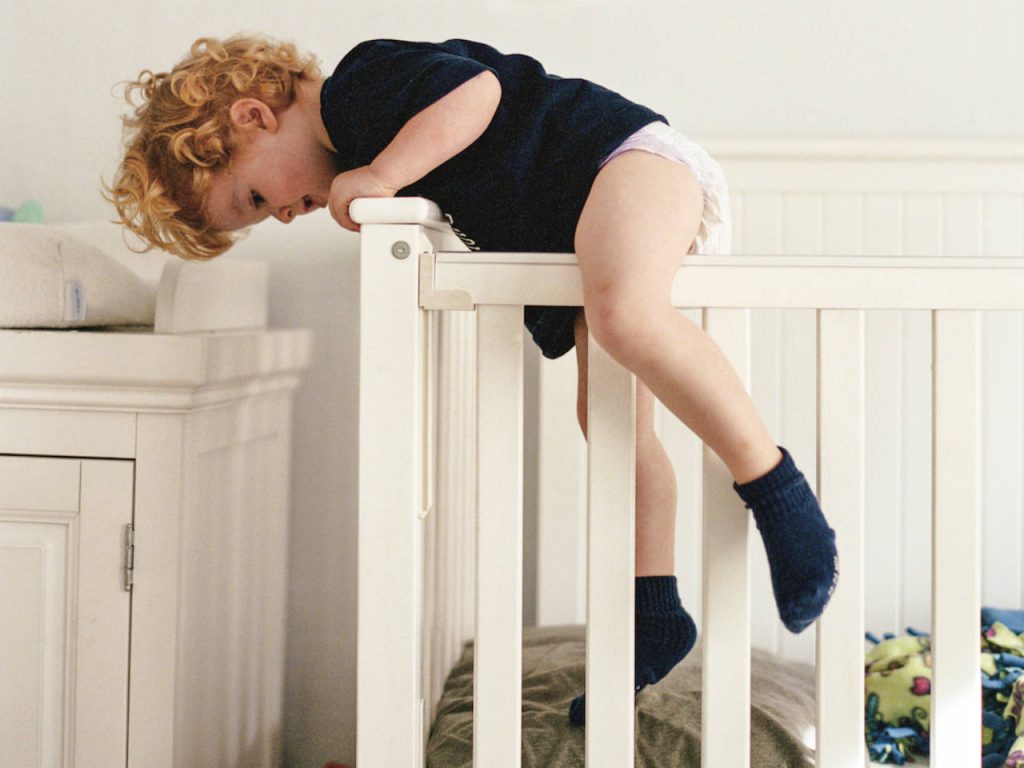 The 2-year-old had been our best sleeper, but with the little devil’s advocate laying on the other side of the room telling him to do prohibited things, he became a little delinquent and continuously tested us. They would climb furniture, turn on lights, unplug noise makers, and jump around the room. We would go in and try to settle everyone down, put them back in bed, but they’d keep doing it.

They kept coming out of the room so we put a safety lock on the inside to keep them. We heard protests and banging on the door but read that if you just make the environment safe and let them go, they’ll tire eventually and just go to bed. Whoever gave that advice had never seen the likes of our tireless kids. The post-night-night party continued.

Eventually we started threatening and putting them in time out if they got out of bed. That was painful and annoying but seemed to work somewhat. After much wailing and gnashing of teeth during that phase, though, they persisted in the bedtime revolt and it got messy.

We had tried potty training them earlier and the older one got it, but it must have been on their mind because they started experimenting with poop-inspired modern art. It got on the carpet and their adorable little personalized chairs. 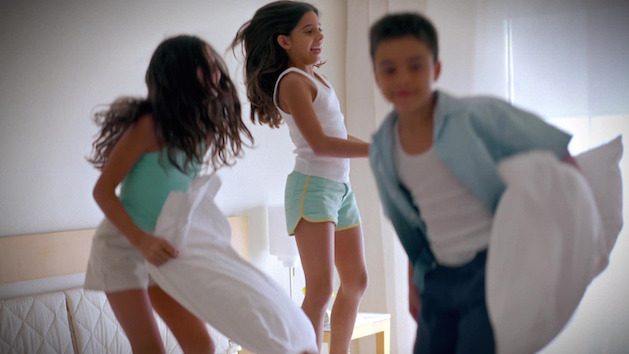 We eventually started sitting in with them and making sure they didn’t make a noise or get out of bed. When the 2-year-old inevitably challenged that, he was put in time out. Like a prison guard, either parent would keep watch to put an end to the chaos.

But that wasn’t a solution either. They were still awake an hour after we put them to bed and that was completely wasted time on the parent’s part.

We were at a complete loss.

Then, we went on vacation and when we came back the sleep schedule was all out of whack. We couldn’t get them down at the desired 7 o’clock time frame and had to push it back to nearly 8. But to our astonishment, they went right to sleep. We tried to inch up bedtime the next couple nights but each time they went right to sleep. It was a miracle! We’ve been at it for almost two months and only have had couple setbacks.

We understand that all kids are different and this may not work for yours, but it’s worth a shot to try it. You may save yourself some night-time anguish and carpet cleaner.

UPDATE: shifting bedtime back worked for a couple months but eventually, they fought the melatonin and went bonkers again after bedtime. We had to separate them. The oldest doesn’t seem capable of being able to sleep when someone else is in the same room. I feel really sorry for his future college roommate.