A class-action lawsuit was filed in October the Northern District of Illinois against the Department of Children and Family Services (DCFS), its agents, and several doctors and nurses in area hospitals, including Silver Cross, University of Chicago Medical Center, and Christ Hospital, on behalf of families whose babies were seized because parents refused vaccines or a prophylactic vitamin K shot. 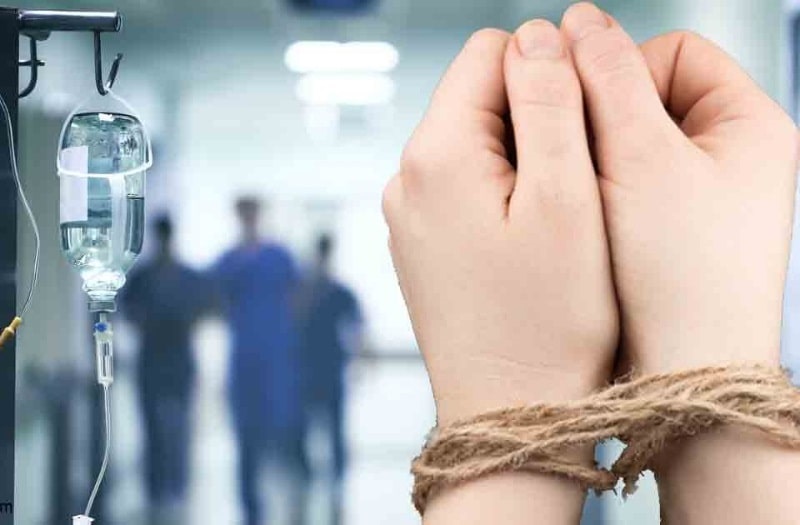 Since then, audio has surfaced of some of the defendants in the case plotting to this legal kidnapping in order to administer the shot. Members of the Perinatal Advisory Committee (PAC) of the Illinois Department of Health are overheard justifying the doctors’ “taking custody” of babies in order to give them the vitamin K shot against the wishes of the parents:

WOMAN #2: On the wording on this and I actually just texted our neonatologist cause he wanted to be here and couldn’t. We are a little concerned that it’s saying: “The hospitals will.” But it says: “DCFS may”. Mandating hospitals to do things but giving DCFS options to do things. So, then that puts the hospital in a little bit of a problem because I don’t think hospitals want to be taking over custody all the time and then DCFS may investigate for medical neglect.

WOMAN #1: Its… the issue is whether you are mandated to give vitamin k by taking protective custody. This is what this does. It doesn’t mean that DCFS has to say the parent can’t be the parent. But, it gives you the chance to give the child vitamin K through DCFS.

WOMAN #1: So, I think it is okay. You don’t need every parent to be accused of medical neglect and investigated. You need the right to give the vitamin k which DCFS will provide the custody for with this consistent message.

MS. LIGHTNER: I think you want the wiggle room of the “may” on the DCFS side because what I have heard is: If they are automatically slapped with medical neglect there’s all sorts of ramifications there. So, you want DCFS to have that… because if it’s shall…

MAN #3: So, please clarify if DCFS says “No, we are not going to investigate” but the hospital has taken…

WOMAN #1: You can take… Protective custody is just the right to do what you think is right for the baby. And, DCFS, if they say, ‘yes, that we agree with you, cause this is our rule’. You give the vitamin K and then do any of us really care what happens next?

WOMAN #1: No, because you have their… you took protective custody. That’s the part that we have to assure with DCFS. That when we do this…

WOMAN #1: Yes, that’s what I mean, DCFS has to say, ‘This is our protocol, no matter what else we do: You are protected.’

MAN #3: At what point does protective custody stop?

UNDETERMINED WOMAN: It’s two minutes or whatever it is.

UNDETERMINED WOMAN: How much beyond?

UNDETERMINED MAN: As soon as you give the injection.

UNDETERMINED WOMAN Continues: Is it two minutes? Is it ten minutes? Do we wait until DCFS says we are coming or we are not coming?

WOMAN #1: They don’t have to come. I think protective custody is you just claim that you have done it.

You can listen below.

The most infuriating part of this is that they aren’t worried about the violation of trust this creates but rather whether the hospital is on the hook or DCFS is responsible.

Recordings of these doctors at a committee meeting appear to bolster the plaintiffs’ claims that the hospitals and agencies named in the suit “used the power given to them as State officials and/or employees and through their authorities and investigative powers to cause the Plaintiffs to be threatened and coerced into accepting unwanted and unnecessary medical procedures,” as alleged in the lawsuit.