The Golden Globes made for a bizarre and creepy PR stunt Sunday as it hosted an impromptu flu shot: 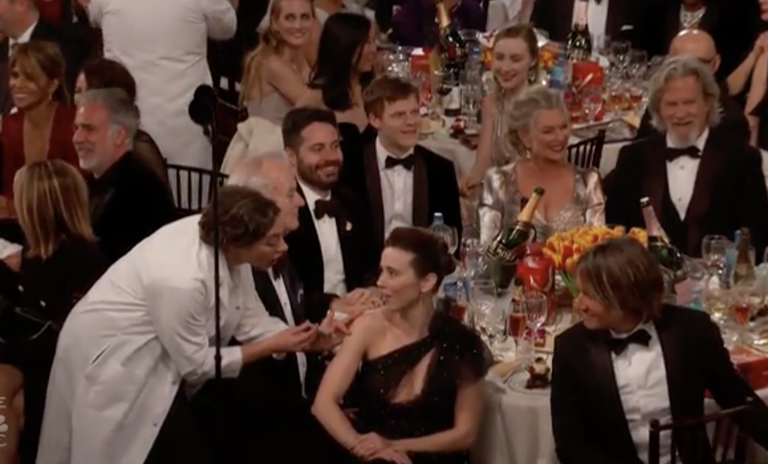 As Texans for Vaccine Choice commented, the Golden Globe flu shot, “void of all informed consent or medical privacy mixed with public shaming if you dare decline, was certainly the most cringeworthy moment on live TV we’ve seen in a LONG time.”

This weird flu shot bit. Linda Cardellini was game but Keith Urban and Emmy Rossum were not. #goldenglobes pic.twitter.com/4kWB8ugVM6

Lmao Keith Urban was ready to knock that flu shot guy OUT. Not me! Not today!

Emmy Rossum appears to have rejected the shot, perhaps because she didn’t want to repeat this face at the awards show: 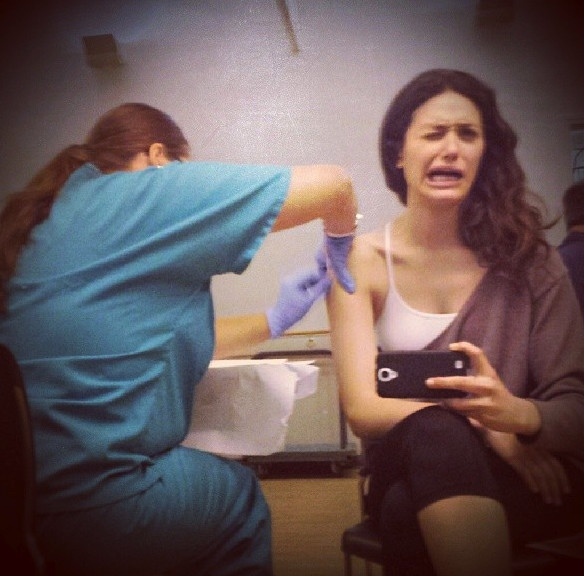 It’s unclear whether these shots were real or not, but either way, it was a fail for the vaccine industry. They didn’t foresee anyone rejecting this? This needs to go on the list of logical fallacies about vaccines once we figure out what exactly happened.