For years, Dr. Zimmerman was the government’s top expert witness and had testified that vaccines didn’t cause autism. But now Dr. Zimmerman has provided remarkable new information. He claims that during the vaccine hearings all those years ago, he privately told government lawyers that vaccines can, and did cause autism in some children. That turnabout from the government’s own chief medical expert stood to change everything about the vaccine-autism debate. If the public were to find out.

On June 15, 2007, Zimmerman explained his apprehension about the findings to DOJ lawyers he had worked with:

I clarified that my written expert opinion regarding Michelle Cedillo was a case specific opinion… I explained that I was of the opinion that there were exceptions in which vaccinations could cause autism. More specifically, I explained that in a subset of children with an underlying mitochondrial dysfunction, vaccine induced fever and immune stimulation that exceeded metabolic energy reserves could, and in at least one of my patients, did cause regressive encephalopathy with features of autism spectrum disorder.

His findings regarding vaccines and autism were published in Journal of Child Neurology in February 2006.

After Dr. Zimmerman confronted the DOJ lawyers, he fired as an expert witness and on June 18, 2007, a DOJ attorney Dr. Zimmerman attempted to smokescreen Zimmerman’s position, saying, “We know [Dr. Zimmerman’s] views on the issue…There is no scientific basis for a connection” between vaccines and autism. Dr. Zimmerman now calls that “highly misleading.”

Here is the full affidavit: 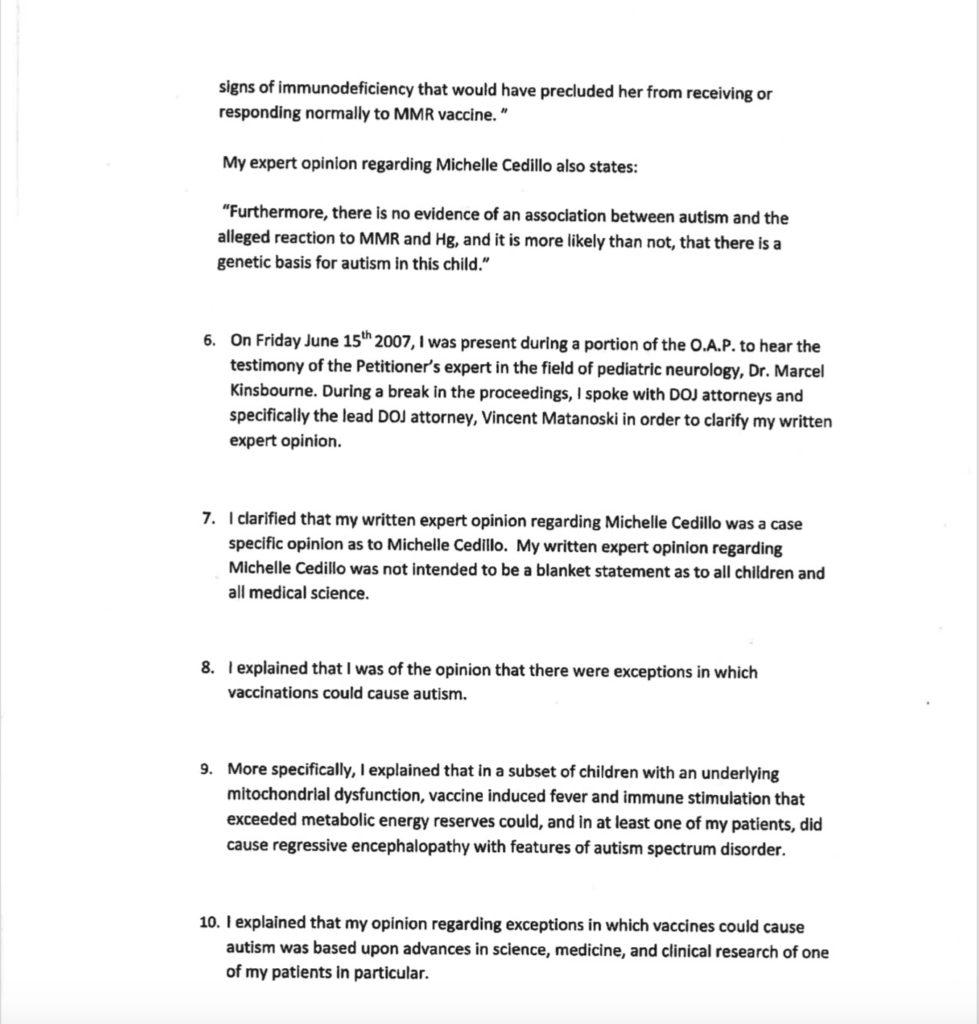 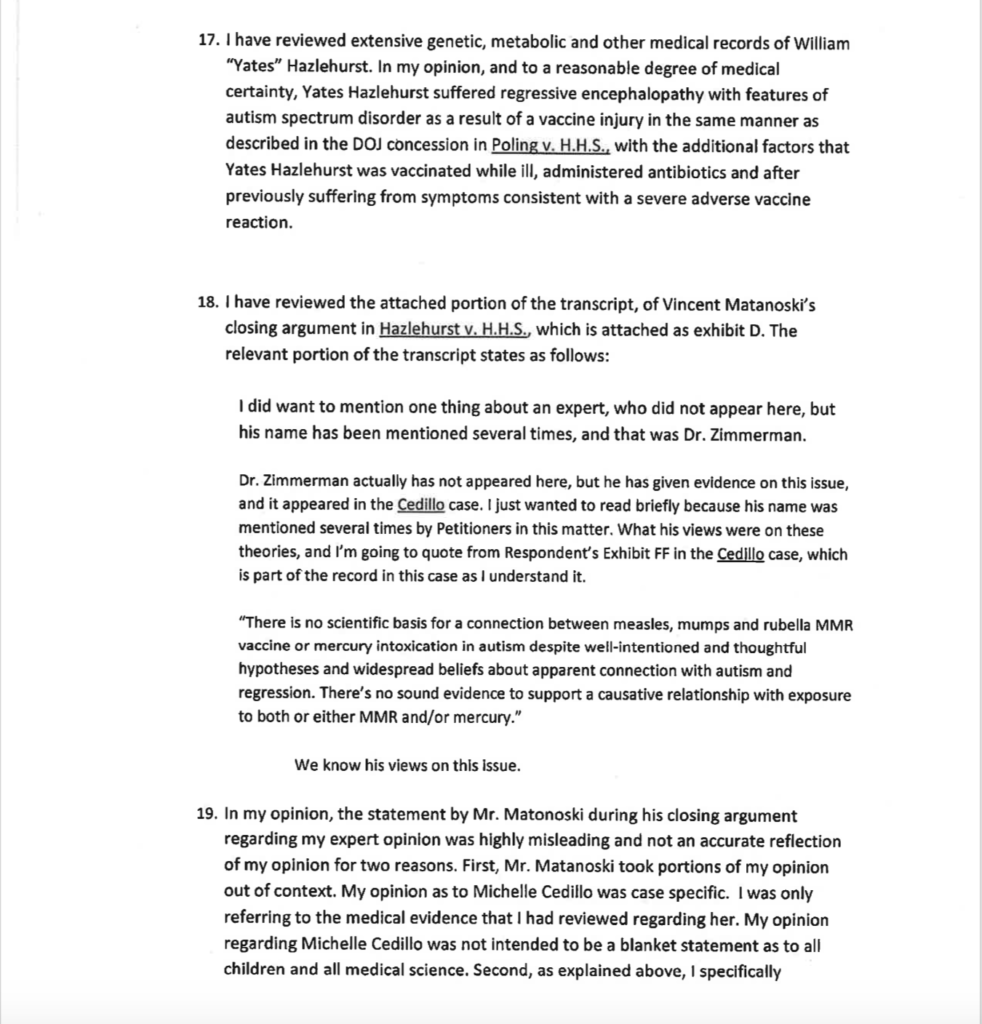 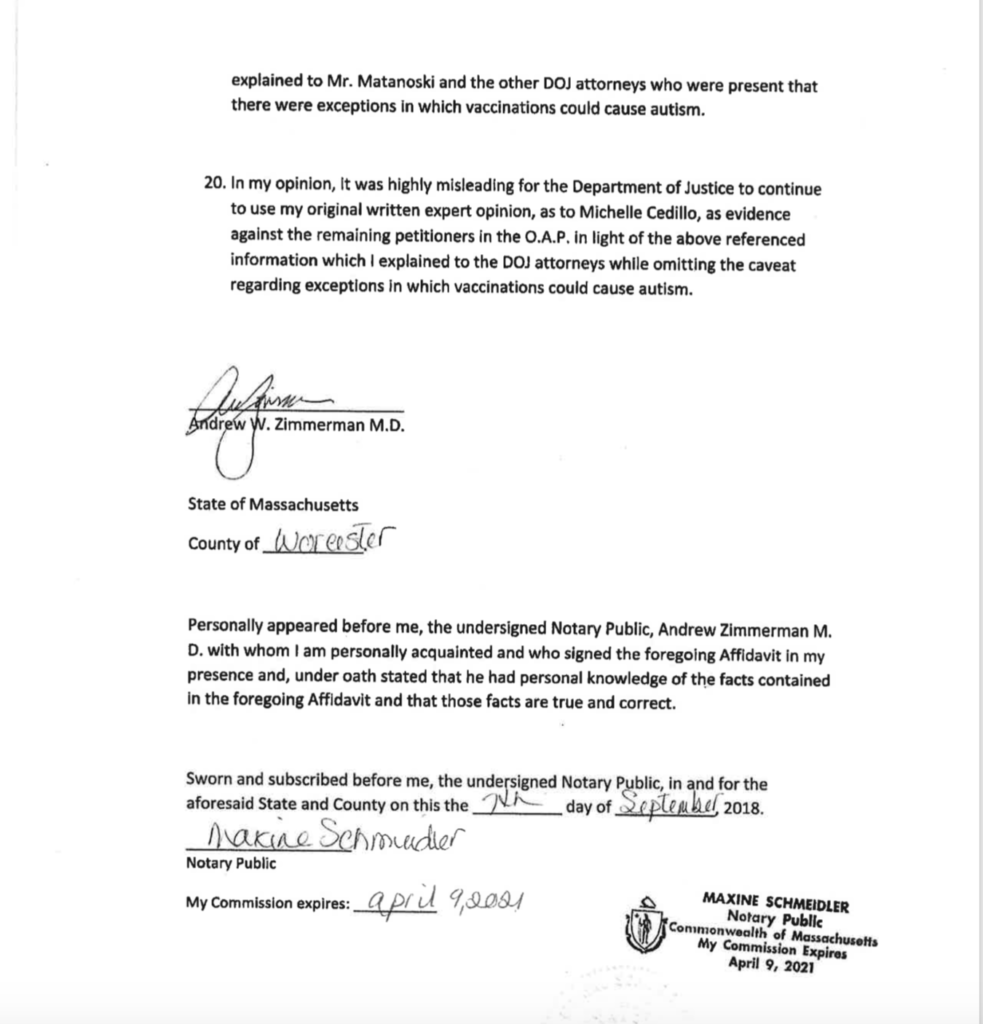 Full Measure has the complete story: