From the forthcoming Paleo Family health book: According to Greek mythology, Icarus was the son of a master craftsman, Daedalus, who had invented technological advances such as the labyrinth. Daedalus and Icarus got into some trouble with Minos, who threw them into their labyrinth, so they were forced to think of a way to escape. Being a prehistoric MacGyver, Daedalus made two pairs of wings with wax and feathers that they would use to fly away from their imprisonment. Before leaving, Daedalus warned his son against complacency and hubris, instructing him to fly neither too low or high. As we all know, Icarus was so giddy from the sensation of flying that he soared too high, melting his wings. He started flapping faster and faster but realized he was flapping only his arms as his wings were gone. He plummeted to his death in the sea. 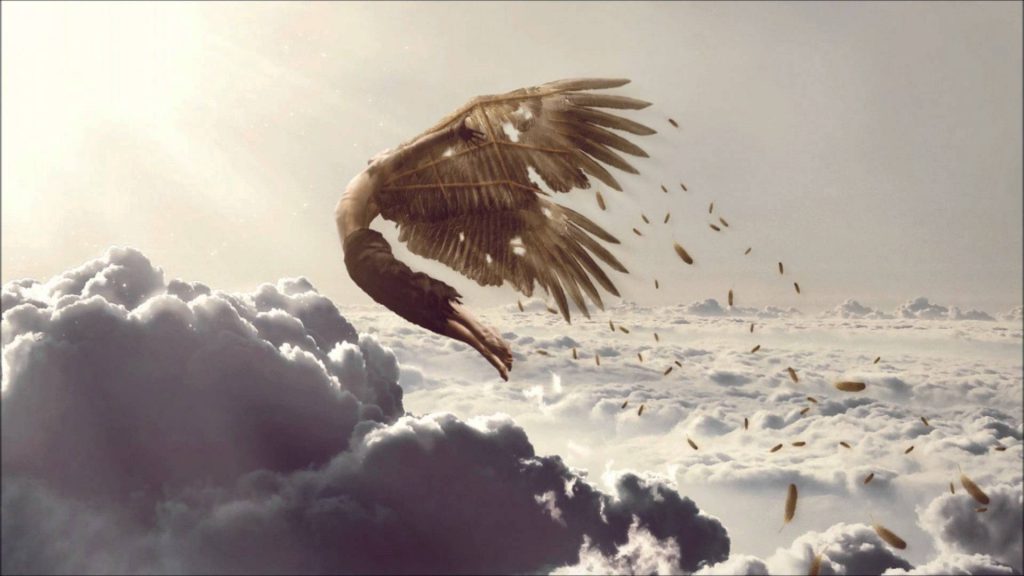 In a way, this story reflects man’s search for the ideal life. We use technology to lift from the earthly bounds of our natural prison, but in our enthusiasm—and hubris—of what we have accomplished and can accomplish, we take it too far. We overeat, overmedicate, and become addicted to electronic devices. The result is that we harm ourselves, sometimes to the point of death. We aren’t killed by the metaphorical Minotaur in the labyrinth anymore, but rather by our own invention.

We saw this time and time again in the research for this book: mankind faces a problem like a disease, so some geniuses devise a solution, which works and everyone gets excited, thinking you can’t have too much of a good thing and everyone subsequently overdoses on the solution, causing a new problem. Unfortunately, in many cases of man made inventions, you can have too much of a good thing. Antiseptics and antibiotics can be lifesavers in water treatment and acute health care, but can cause a host of issues if overused in everyday situations. Vaccination helped eradicate the deadliest of all human diseases last century, but the latest vaccines may do more harm than good. Modern agriculture has made food cheap enough to feed billions of people but it also makes it far too easy to overindulge. Mobile devices can enlarge one’s social network to the entire virtual world but can also make one socially awkward and isolated in the real world.

We must understand that when we take up our father’s wings like Icarus, we must temper ourselves. We were not made to fly, but yet here we are hundreds of feet off the ground. We should take care not melt our wings too close to the sun.

For nearly two million years, humans and our hominid ancestors lived in the hunter/gatherer style, much like that of the Akie, consisting in foraging for a wide variety of healthy fruits and vegetables and then hunting and scavenging for large game. Our species was uniquely designed to live in this manner based on our place in nature and our ancestors were very successful at it—so successful that they were able to dominate the world in a matter of generations despite the lack of any substantial physical prowess. Our ancestors’ lives were replete with sunshine, time in nature, exercise, diverse non-pathogenic microbes, and whole foods yet devoid of chronic stress and noise pollution. This is the lifestyle we modern humans were adapted for—this is what our genes prepared us for. 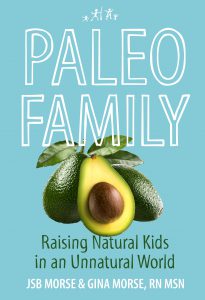 A strict hunter/gatherer lifestyle, however, is no longer reasonable for a vast majority of the world, so we inevitably are forced to live lives that run counter to our design. For the most part, this unnatural lifestyle is beneficial because it saves us from mortality from basic diseases and protects us from hunger, famine, and the physical dangers of hunting. But by removing ourselves from nature, we have thrown out the baby with the bathwater. Today, there is a lack of natural life experience—a so called “paleo-deficit disorder”—that is affecting our physical and mental health and researchers have been concerned about this for decades. The modern, Western lifestyle has shown to be detrimental if taken too far resulting in food, electronics, and medicine as the cause of illness and disease.

We asked the question of how to solve this paleo-deficit disorder in our own family and found answers that extend far beyond merely following an ancestral diet. Paleo Family aims for the golden mean of technology that will help you and your family live long, healthy, and happy lives.