According to a New York Times report, several diplomats met in Geneva this Spring for a United Nations-affiliated World Health Assembly. One of the most controversial actions concerned a resolution encouraging breast-feeding. The Times reported:

American officials sought to water down the resolution by removing language that called on governments to “protect, promote and support breast-feeding” and another passage that called on policymakers to restrict the promotion of food products that many experts say can have deleterious effects on young children.

The report is meant to draw ire and further criticism of the controversial Trump administration. “What happened was tantamount to blackmail, with the U.S. holding the world hostage and trying to overturn nearly 40 years of consensus on best way to protect infant and young child health,” said Patti Rundall, the policy director of the British advocacy group Baby Milk Action. 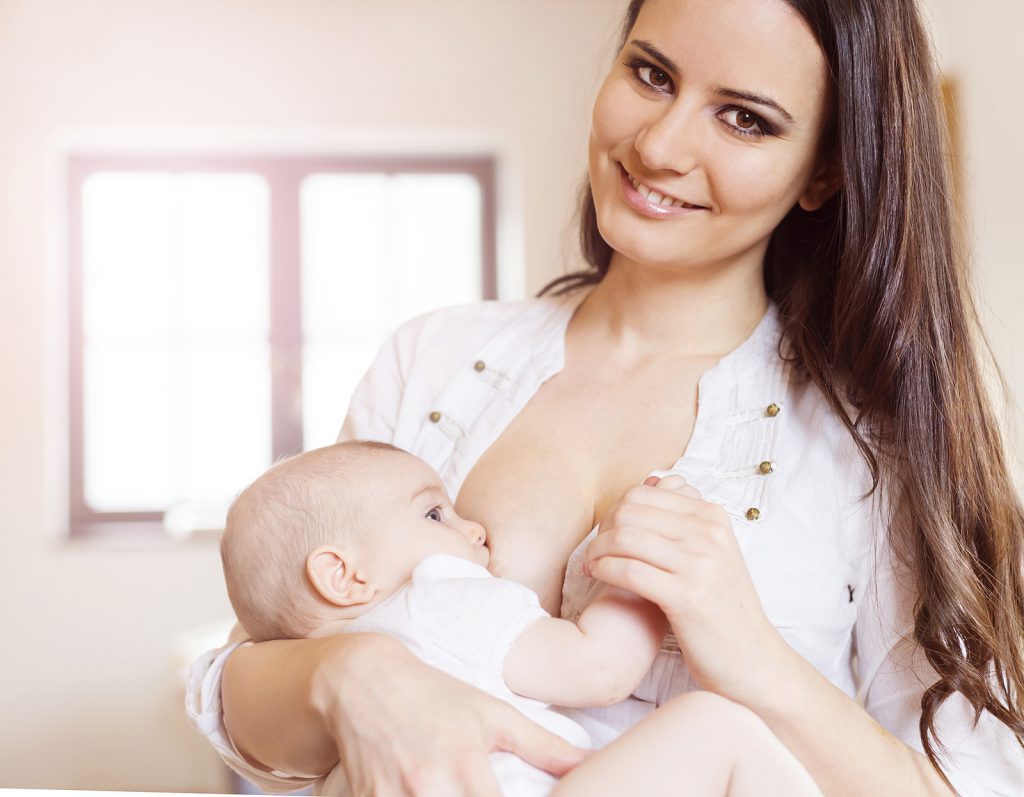 Mother breastfeeding her little baby girl in her arms.

But, as many moms who have felt the pressure of Le Leche League and suffered malnutritioned children can attest, the move has merit.

The Department of Health and Human Services, the lead agency in the effort to modify the resolution, explained the decision to contest the resolution’s wording but said H.H.S. was not involved in threatening Ecuador.

“The resolution as originally drafted placed unnecessary hurdles for mothers seeking to provide nutrition to their children,” an H.H.S. spokesman said in an email. “We recognize not all women are able to breast-feed for a variety of reasons. These women should have the choice and access to alternatives for the health of their babies, and not be stigmatized for the ways in which they are able to do so.”

As we’ve documented in our forthcoming book, Paleo Family, breast milk is clearly the best option for healthy babies, but it’s more important that babies receive the nutrition they need than to satisfy a political campaign.

A letter from a reader gives a personal perspectives this position:

Most every new mom will attest to the growing push for breastfeeding newborns. One of the many visits a new mom will receive after giving birth to a little one is typically from a lactation consultant. Their duty is to make sure new moms feel comfortable with and are productive breastfeeding their baby.

And there’s no question as to why this is: study after study has shown that breast milk is by far the most nutritious and beneficial food for infants. There’s really nothing like the wonderful, natural feeding of an infant through his or her mother’s own breast milk, which is most consistent with a paleo lifestyle. If exclusive breastfeeding is not an issue for your family, you are very fortunate and I sincerely hope you do not take it for granted.

Know that others are not as blessed. It is important to recognize that some women cannot breastfeed their babies due to many different circumstances which are prevalent today. It is devastating for a mother who wants to breastfeed to be unable to do so and early cessation of breastfeeding specifically due to pain and physical reasons are associated with higher incidences of postpartum depression. Yet there are those who will tell mothers that everything is fine and to keep trying—that breastfeeding is the only way to go.

Mothers are evolutionarily and biologically wired to respond to the hungry cry of their own infant and when they’re forced to ignore that due to some philosophical campaign, it can be heartbreaking and dangerous. Pressure to breastfeed exclusively can lead mothers with breastfeeding difficulties to suffer not only psychological distress, but even worse, put the health and lives of their babies at risk to achieve the ideal of exclusive breastfeeding. Insufficient breastfeeding early in life without supplementation can lead to hypoglycemic brain injury which can have devastating consequences. Unhealthy mothers and babies sacrificed on the altar of breastmilk-alone ideology is neither paleo- nor family-friendly.

Prior to becoming a mother myself, I spent my professional career as an advanced practice nurse caring for critically-ill neonates, infants, and children. Additionally, I volunteered my time at a charity pregnancy center working with at-risk mothers, providing material, mental, and educational support during and after their pregnancies. I considered myself up to date on the latest recommendations for infant feeding. When I became pregnant with my first baby, I was thrilled and without a doubt knew that breastfeeding was THE BEST thing I could EVER do for my baby. Breastfeeding was, after all, the epitome of the mother par-excellence. So, I took the classes. I read the books. I visited the websites. I ate the healthy, superfoods. I lived the all-natural lifestyle. I was Paleo-Mama! I had the nursing pillow. I had the socioeconomic privilege of staying at home with my baby. I did everything “right”, but exclusive breastfeeding went horribly wrong.

I did not fail (I still have to tell myself this years later), but my body did. Following the advice from lactation consultants and physicians I nursed for 20 hours a day, pumped to the point of tears, drank four liters of fluids a day, ate the right amount of calories, and took pro-lactation supplements, but I still wasn’t able produce enough milk to sustain the needs of my baby. He was skinny, jaundiced, and cried all the time. At the end of his second week in the world, the pediatrician threatened that my son would be hospitalized again (this coming after a three day hospitalization for light therapy for hyperbilirubinemia—a known complication of exclusive breastfeeding) if he did not gain an ounce per day. So I tearfully fed him a bottle of the “health-hazardous”, “artificial milk” all the pro-breastfeeding books and websites consider infant formula. His tense, anxious face calmed; his rigid limbs relaxed; he finally slept. For the next three days, I took him to be weighed and he finally started gaining weight. Although my sweet boy obviously benefitted from the nutrition, I felt inadequate, guilty, and depressed at a time when I should have been relishing the beauty and wonder of my newborn son and my body’s amazing ability to grow and give birth to him naturally. While the days and nights at that time seemed long and sad, my departure from breast milk magical thinking became an enlightening quest for truth and personal growth and I am grateful for the journey. I hope my story will help others in theirs.