Healthy Living Bicycling As a Panacea

Bicycling As a Panacea

I try not to hate anything—it’s such a hideous emotion—but the thing I have the strongest distaste for is driving. Not only does normal civility go out the window when people get into their cars and thrust themselves onto the highway or traffic-ridden surface streets, so does every mix of bad music, careless cigarette smoke, and of course, car exhaust. Sure the automobile is a miracle that has expanded the world’s economy unimaginably, but everyone on the streets is an idiot and the process of driving can easily be considered the least enjoyable of modern times. That’s why I say it’s time to throw the automobile away! 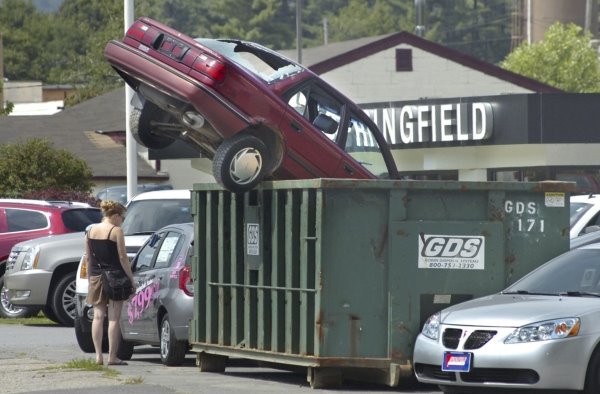 Well, not really. I mean pick up another means of transportation: the bicycle.

I’ve found such great solace from the torture of driving in my new mountain bike. It’s not an extraordinarily sophisticated piece of machinery (it’s of the $100 level from Wal*Mart), but it works and it gets me places without the stress and pain of driving. I can bike to the grocery store, to downtown, to more scenic running paths, and of course to work. I take pride in the fact that I’ve used my car maybe twice in the last week. The benefits of biking are seemingly infinite, so I’ll just list a few. Biking:

I’m lucky enough to live in Austin, Texas where the weather allows for a moderate bike trip nearly all year round, but biking is a way of life in much colder climates like Copenhagen, Denmark. If the Danes can trudge through the snow and ice on a bike, it stands to reason that people in Southern California could easily do the same. With gas prices once again climbing to historic levels and with more and more resources available to cyclists, it might make even more sense for you to consider a visit to your local bike shop and picking up a 19-speed.